Endometriosis is a  gynecological disorder in which the cells lining the inside of uterus start growing outside the uterine cavity. The cells lining the uterus make up the tissue called endometrium. These endometrial cells usually grow outside on abdominal membrane (peritoneum), on tissue lining the pelvic cavity, on ovaries and bowel. It results in menstrual disturbances and eventually infertility occurs. When menstrual cycle starts, these displaced cells grow and thicken and bleed over the regular course. There are four stages of the endometriosis depending on which treatment plan is suggested: 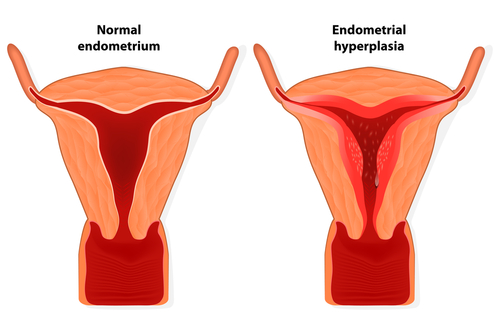 The certain cause of endometriosis is still unknown. However, some possible explanations include the following:

Signs and Symptoms of Endometriosis

There is usually pain during menstruation in endometriosis.

To diagnose the endometriosis, gynecologist will take the medical history of previous infections and family history of endometriosis. A complete physical examination will be performed to confirm sign and symptoms.

Studies have shown that the use of combined oral contraceptives greatly decreases the risk of endometriosis.