Also known by the names of Acute Cystitis or bladder infection, Urinary Tract Infection (UTI) is an infection that affects part of urinary tract.

Urinary tract infection is more common in women than in men. Nearly half of women suffer from at least one kind of infection in their life. Recurrence of the condition is common and the risk factors mainly include

In a natural way, urinary tract extends above into the kidney, so a common spread is towards the kidney. They are resistant to antibiotics and are difficult to cure.

Cause of Urinary Tract Infection

Urine is sterile and an infection only occurs when a bacteria enters into the urine and begin to grow. The infection normally starts at the opening of urethra where urine leaves the body and moves upward into the urinary tract. Following are the causes for UTI.

The signs and symptoms of UTI according to classification is as follows.

The symptoms for this condition are as follows.

Symptoms develop rapidly. It may or may not include symptoms of lower UTI. Symptoms for upper UTI are as follows.

Symptoms of UTI can resemble with those of Sexually transmitted diseases.

Following are some of the risk factors for UTI.

Some special groups who are at increased risk for developing UTI are as follows. 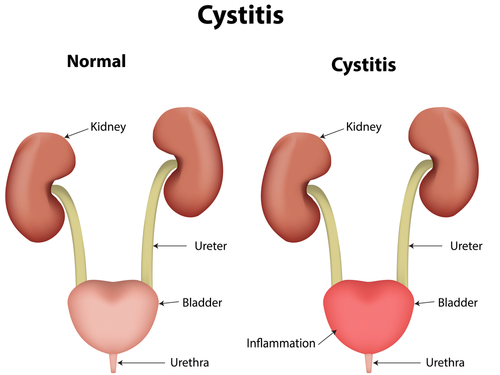 Diagnosis of UTI is based upon the following.

Complete diagnosis is carried out by physical examination and lab tests. Following are some of the diagnostic approaches performed by doctors.

Depending upon the symptoms young sexually active women require pelvic examination. This is because pelvic infection has symptoms similar to that of UTI.

Men mostly require a rectal examination to check the prostate.

Other diagnostic approaches are as follows.

Following are some of the measures to prevent the Urinary Tract Infection.

Patients who have bacteria in urine but no symptoms must not be treated with antibiotics. The patients are normally the following.

Pregnant women however should take 7 days of antibiotics. If not treated then mothers are at risk for developing Pyelonephritis.

Uncomplicated UTI are easily diagnosed on symptoms alone. Only oral antibiotics show the results and are as follows.

Urinary tract infection, if not taken care of in its early stages, leads to the infections of kidney that require more aggressive medical evaluation for treatment. This infection of kidney is called Pyelonephritis, thus compromising the kidney functions. Pyelonephritis requires more aggressive treatments like administration of intravenous antibiotics in addition to the oral drugs.

If the resistance rate is less than 10% then Oral Fluoroquinolones are used. Ciprofloxacin is used for seven days. If the rate of resistance is greater than that of 10% then intravenous Ceftriaxone is used.